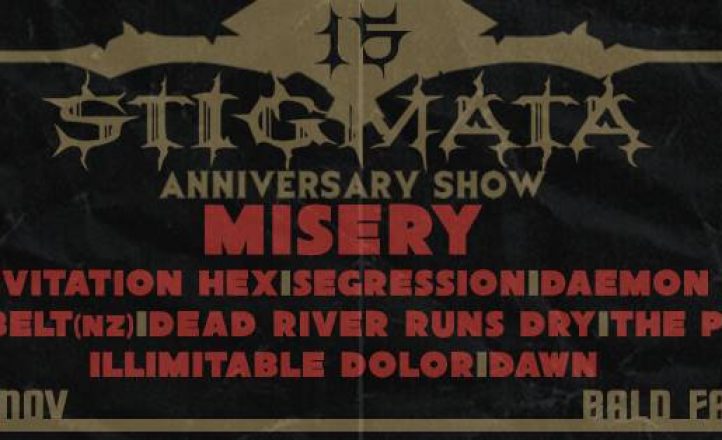 Sydney’s Stigmata Promotions have been staunch supporters of Australia’s metal scene for 15 years.

Now hosting Aftershock band nights each month as well as the annual Under the Southern Cross festival, Stigmata is celebrating their anniversary with an incredible line-up at the Bald Faced Stag on November 25. Featuring the return of Brisbane legends Misery, the bill also includes The Levitation Hex, Segression, Daemon Pyre, Devine Electric, Darker Half, Kiwi thrashers Bullet Belt, Illimitable Dolor, Dead River Runs Dry, The Plague and Dawn, just to make sure everyone is covered.