Home > News > The Bennies Drop a New One 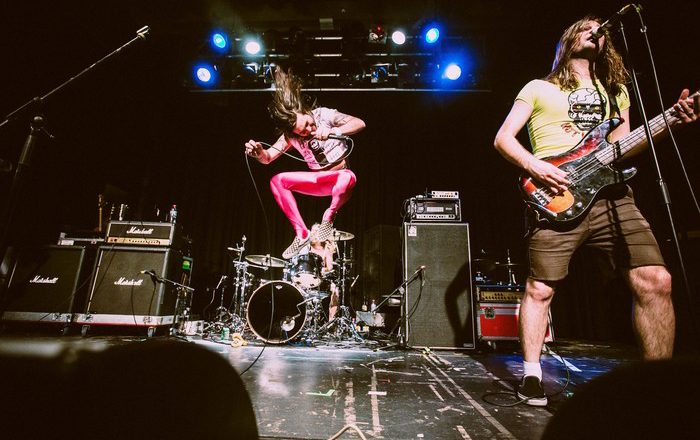 Currently out on the road with The Living End, party animals The Bennies have still found time to drop a new clip.

‘Corruption’ is their latest Sabbath-inspired masterpiece, featuring guests from across the rock scene including members of Frenzel Rhomb, The  Smith Street Band, Area 7, the Sugarcanes and more. An extended version is also available as a digital single.

The Bennies are on tour with The Living End until April. In June they jet off to Europe with the Smith Street Band.