Home > News > Crypt Back from the Grave 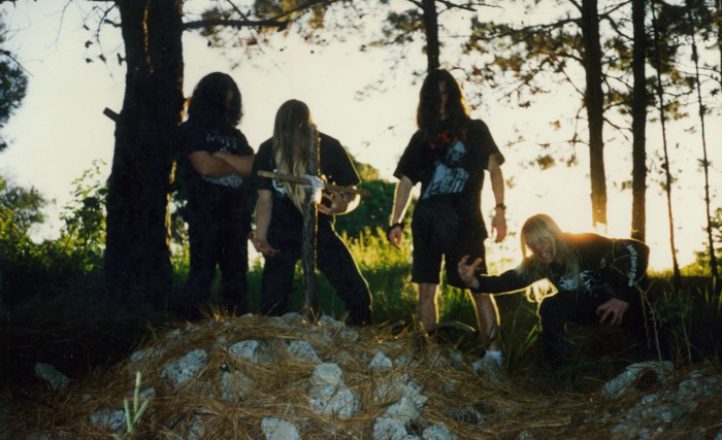 To celebrate the release of their 3-CD box set Disgusting Zombie Metal, Crypt will be doing three shows in September. EVP – who were also responsible for the recent Allegiance re-issue – haqve put together a deluxe box set of all the band’s recordings, including the 1994 demo Excruciating Agony, 95’s self-titled EP and the full length album, El Niņo.

Pre-orders are available from Nerve Gas as the box set/logo patch or with a t-shirt bundle.