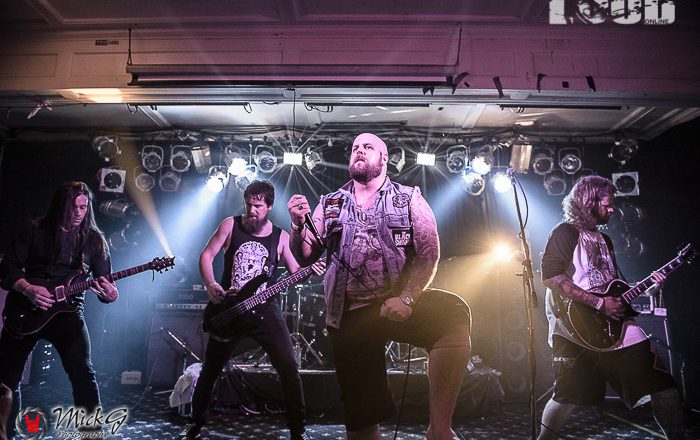 The clip for ‘Darkened Perceptions’ was filmed at the Bald Faced Stag in Sydney during shows with King Parrot and Claim the Throne. The track is lifted from last year’s debut album and features guest vocals by Jason Peppiatt from Psycroptic. Daemon Pyre is also heading interstate for gigs with Whoretopsy and Hollow World in June and August.