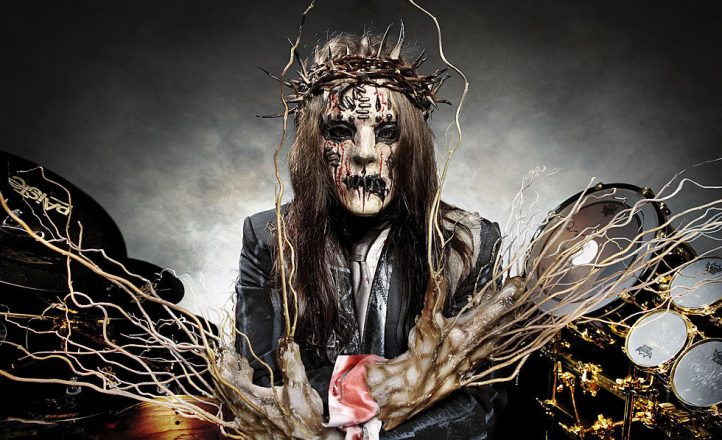 The Iowa-born drummer who founded one of the most influential and important metal bands of all time has died at the age of 46.

Joey Jordison died on July 26 at his home after battling transverse myelitis for over a decade.

Born in 1975, Jordison began playing drums at the age of 8 and was playing professionally by his late teens when he joined The Pale Ones which later became Slipknot. Slipknot’s formidable blend of dark electronica, nu-groove and death metal, their high-energy, unpredictable live shows and intimidating stage persona turned the nonet into the biggest metal band of the last two decades. Jordison was elevated to the ranks of the drumming superstars who influenced him, his hard-hitting but rhythmic style setting a new standard for metal and rock drumming.

Jordison left/was fired from Slipknot in 2013 when his health deteriorated to the point he could barely play. In the intervening years he recovered sufficiently to return to drums and continued to make music with Sinsaenum, an extreme metal supergroup consisting of members of DragonForce, Mayhem and Chimaira. In his final year with Slipknot he announced the formation of Scar the Martyr with Jed Simon of Strapping Young Lad, a band that made one album. He was also the guitarist and founding member of the horror punk/glam rock band Murderdolls, which helped launch the solo career of Wednesday 13.

A prolific and talented presence on the music scene, he also performed as a stand in drummer with Ministry and Satyricon and as one of three drummers who stood in for Lars Ulrich at Metallica’s Download set in 2004. His presence will be sorely missed across the music world.