1982 was a year was dominated politically by the Falklands War and the ongoing fighting in Lebanon. In the music and entertainment world, it was a year that marked the end of one global pop sensation when ABBA played their last and the beginning of a new one when Michael Jackson’s Thriller awoke in November.
In the meantime, the (retroactively) so-called NWOBHM reached its peak with Iron Maiden breaking worldwide, British punk made a resurgence thanks to bands like Discharge, The Exploited and Anti-Nowhere League and the US hardcore scene was also blooming. Ozzy Osbourne’s Alamo-pissing and bat-biting shenanigans were soon tragically overshadowed by the cruel incident that claimed the life of young gun guitarist Randy Rhoads on March 19. A month after producing their album Iron Fist, guitarist Fast Eddie Clark left Motörhead in the middle of a tour, Ronnie James Dio played his last show with Black Sabbath in August and Ace Frehley officially left Kiss. Here’s ten albums that helped to define the hard and heavy music of 1982 – and beyond. 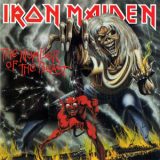 Iron Maiden: The Number of the Beast
Bruce Dickinson’s glorious debut with arguably Britain’s best metal band turned them into a worldwide sensation and left its mark as one of the most powerful and influential albums of its generation. 40 years on and The Number of the Beast remains one of the cornerstones of heavy metal from the playful, cartoonish malevolence of the cover art to the near-flawless collection of stone-cold classics, half of which continue to appear in setlists to this day, a work from a band who had just hit a breathtaking creative stride that would carry them for the rest of the decade. 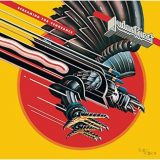 Judas Priest: Screaming for Vengeance
After the previous year’s stumble with Point of Entry, Screaming for Vengeance mixed sheer heaviness with catchy accessibility and took Judas Priest into the higher echelons of rock by smashing its way into the US top 20 and opening their path to stadium glory for the rest of the 90s. Their eighth album was a finely crafted work where all semblance of boogie rock were torn away in favour of gratuitous heavy metal, menacing lyrics and speed matched by few until thrash hit 12 months later, and remains one of the band’s defining moments. 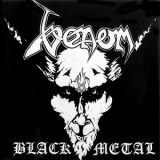 Venom: Black Metal
With higher production values than their groundbreaking debut, Black Metal allowed the nuances and minor complexities of the trio’s unadorned assault more clarity while the lyrics and imagery further entrenched their reputation as Satanic reprobates. The band’s unabashed embrace of such concepts and the extremity of their sound gave inspiration to a nascent Norwegian metal scene that would take its name from the album’s title; the feel and execution of their music would also inspire both thrash and death metal making Black Metal another one of 1982’s deeply influential metal recordings. 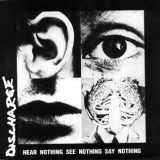 Discharge: Hear Nothing See Nothing Say Nothing
The first full length release by anarchistic hardcore punks Discharge was the full flowering of their distorted minimalistic mayhem, a coarse and raw explosion of heavy, grinding, angular guitars and shouted vocals. HNSNSN was so savage and intense it not only inspired other punks but also directly influenced metal, giving birth to D-beat and laying the groundwork for crust and grindcore in 27 and a half minutes of gruelling and unforgiving brutality. 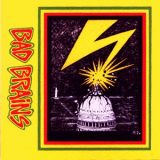 Bad Brains: Bad Brains
As African-American Rastafarians, Bad Brains had a clearly different and unique point of view of the socio-political landscape than other punk bands, and their jazz-informed, reggae-laced hardcore was as relevatory as it was hard-hitting. Maturity and long-developed talent lent purpose and direction to their outrage and the underlying message of positivity and hope became part of east coast hardcore’s credo. 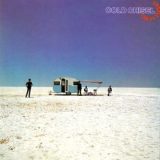 Cold Chisel: Circus Animals
Disgruntled by their treatment in America and Don Walker’s resistance to Cold Chisel becoming a pop music machine made them go back to the fearsome and aggressive hard rock band they had been in their early 70s road dog days. Deconstructing their songwriting, Chisel unleashed explosive takedowns of US A&R men, incendiary road tales, scorching mini-epics and thoughtful, transcendental rock balladry with a combination of fury, angst, yearning and lyrical wisdom that only they could produce. Circus Animals is one of Australian rock’s pinnacle moments. 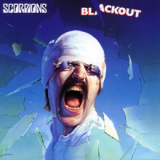 Scorpions: Blackout
Blackout was the pinnacle of Scorpions’ evolution from jazz-rock weirdness to arena metal superstars as they combined dynamic pop-informed songwriting with sheer heavy metal crunch and bombast. Speed, skill and musical dexterity met massive hooks, blazing guitar solos and hefty choruses with a slick commercial sheen that didn’t dampen the heaviness, this was the Germans’ first true breakthrough that formed the template for much of their 80s follow-ups and blew open the doors to massive success. 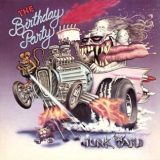 The Birthday Party: Junkyard
The Birthday Party’s final post-punk masterpiece took its Southern Gothic literary inspirations to cartoonish extremes. Junkyard was a lurching, staggering cabaret act of violence and bloodshed revealed by an art rock deconstruction of the blues, scathing guitar, surging horns and Nick Cave’s leering, snarling roar all seeming to come from everywhere at once. Every moment teetering at the brink of complete collapse, Junkyard is a work of art that exists completely on its own terms. 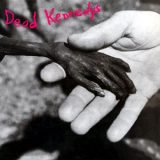 Dead Kennedys: Plastic Surgery Disasters
DK’s second full length saw them leaning in harder and darker than they had shown previously. Where previous releases had established their ethos, Plastic Surgery Disasters is where they truly weaponised their sardonic, sarcastic social observance and rebellion. East Bay Ray’s surf-laced guitar still snaked amongst the chaos of DH Peligro’s rolling drums and Jello Biafra’s tuneless snarl as the band took down pillars of society with scathing satire and withering ridicule, all while bludgeoning their audience into submission. 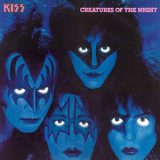 Kiss: Creatures of the Night
Dalliances with disco, pop and a ham-fisted concept album had cost Kiss dearly. On Creatures of the Night they reinvented themselves as a no-holds barred heavy metal band with booming drums from new recruit Eric Carr upping the ante as the band recalled the blood and thunder of their primeval period, only heavier, resulting in their most memorable album of the decade. All without Ace, who had effectively left the band at this point, leaving the guitar-slinging to the likes of Robben Ford and his soon-to-be-replacement Vinnie Vincent.

Of course, there were plenty of others that could have (and almost did) make the list here. How could we forget the likes of these: Rose Tattoo – Scarred for Life, Van Halen – Diver Down, Motorhead – Iron Fist, Manowar – Battle Hymns, Led Zeppelin – Coda, Accept – Restless and Wild, Crass – Christ: The Album, The Anti-Nowhere League – We are the League, The Exploited – Troops of Tomorrow, Rush – Signals, Anvil – Metal on Metal, Cheap Trick – One on One, Tank – Filth Hounds of Hades, Twisted Sister – Under the Blade, Bad Religion – How Could Hell be Any Worse?