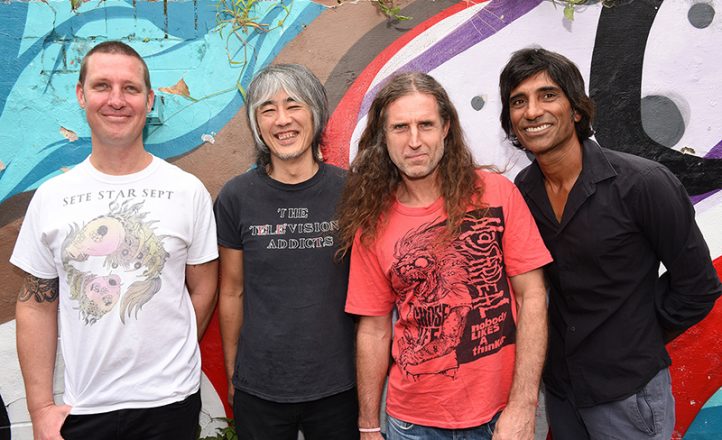 Jonathan Sequeira’s documentary The Hard-Ons: The Most Australia Band Ever has been cancelled in the wake of serious sexual misconduct charges against the band’s Keish de Silva.

Allegations about de Silva going back some years were published online over the weekend of March 13. On Monday the band announced they were moving on without him in a since-deleted thread on their Facebook page, and the following day the documentary’s Facebook page announced that the film had been cancelled “due to extenuating circumstances with members of the band.” All donations made through the Documentary  Australia Foundation website are being returned.

In an official statement published by Rolling Stone Australia, the band said they have “encouraged [both parties] to pursue the matter through the appropriate channels.  If something did happen – and we just can’t know – we really feel for the woman and what she must be going through. Ray and Blackie are respectfully asking everyone to let due process take its course.” The same statement revealed that de Silva had been let go from the group.

The Hard-Ons have shows booked in Adelaide, Brisbane and Sydney in coming weeks.