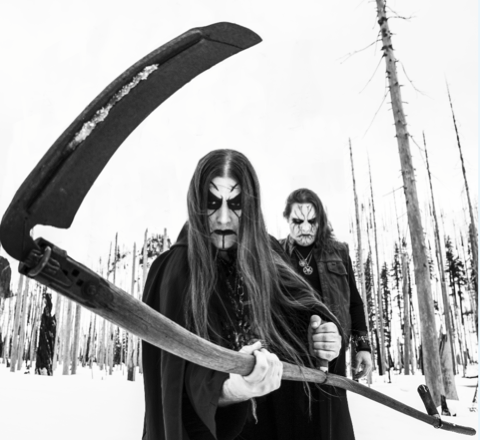 Black metal duo Inquisition are returning to Australia for their first ever headlining tour.

The two piece, who previously visiting with Watain and appeared at Evil Invaders in 2012, will be in full tour mode this time in support of their epically-titled new album Bloodshed Across the Empyrean Altar Beyond the Celestial Zenith. Tickets are available now from Direct Touring.