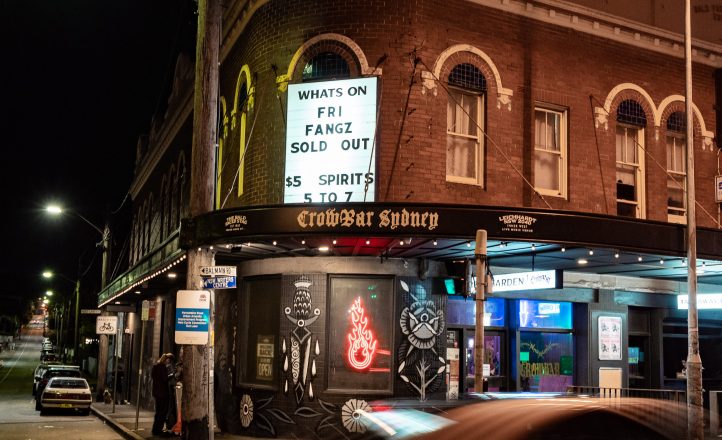 Since opening its doors in 2018, the Crowbar in Sydney has been not just one of the city’s most important rock venues, but a crucial part of the east coast touring circuit.

With COVID restrictions reducing its operating revenues to 20% and less of previously, the room is in danger of closing forever. To keep the doors open and one of Sydney’s most vital hubs of live music alive, Crowbar is launching a fundraiser via Pozible and an online auction that includes items like Lindsey McDougall’s (Frenzal Rhomb) guitar, a Gordy Forman (Frenzal, Mindsnare) signature snare, test pressing of albums by Mindsnare, The Chats, Thelma Plum and Luca Brasi, Frenzal Rhomb’s gold record for A Man’s Not a Camel, and the original Brisbane Crowbar’s inverted neon crucifix, with new items being added every week. The venue is hoping to raise $200,000 in 30 days to help pay the bills and stay open to provide everyone with a place to see live music.

Head to the Crowfunder page now and lend a hand in any way you can.