Another solid release from Megadeth 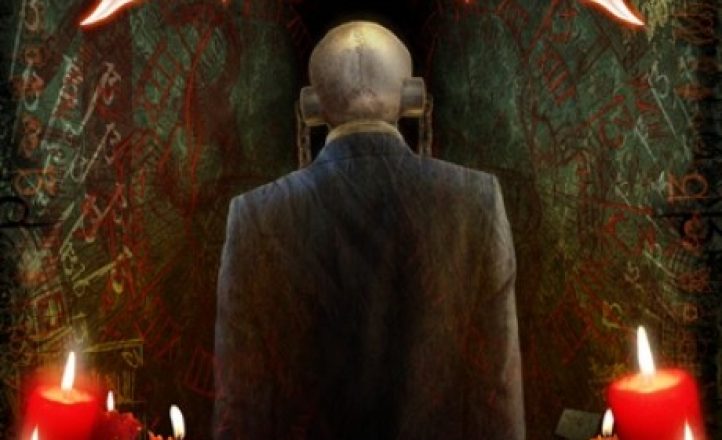 If all of the metal bands in the world were hit by a nuclear explosion, chances are that Dave Mustaine would crawl out of the rubble unfazed, dust himself off and continue with business as usual. With 25 + years under his belt, Mustaine and Megadeth still know how to deliver the metal musings that many of us know and love. Imagine a world without “Peace Sells”, “Symphony of Destruction”, “Crush Em” (Ok, maybe that one is a stretch) or “Holy Wars”? It would be hard to fathom. Well, no need to fear as Megadeth have just delivered their latest album release, their 13th in fact, simply entitled Thirteen, packed with 13 (sense a bit of a theme here?) new metallic offerings to the world. Are your patch laden denim vests and bullet belts ready?

If a Megadeth album didn’t open with something hard hitting, pissed off and intense, something has to be wrong in the world. Thankfully, “Sudden Death” strikes with a furious intensity like a pissed off gorilla hopped on speed. There is plenty of tight and fast guitars, blazing solos, pounding drums and Mustaine’s unique venomous vocal stylings.  It has the elements of what Megadeth are known for, so it does the job quite nicely.

As their last release Endgame was thrash fuelled from top to tail, you might expect Thirteen to be in the same vein. Thirteen is a bit of a different beast, showcasing more of Megadeth’s rockier side. Some of the hardened thrashers fire up in anger at that notion, but you have to remember, for all of the hyper thrash songs the band have written, they are more than capable of penning songs that are as hard hitting but at a rockier pace such as the groove laden “Deadly Nightshade” (driven by a thumping bassline from newly returned bassist David Ellefson), the stomper “We The People”, an angst ridden musical middle finger from Mustaine to all of his detractors in “Whose Life (is it Anyways?)”, the catchy “Public Enemy No. 1” – inspired by legendary gangster Al Capone – and a rejuvenated and energized take on a United Abominations-era cut “Black Swan” that has guitarist Chris Broderick soloing all over it like a man posessed. Before you make comparisons, this was written way before the movie was even a reality.

For those who prefer their Megadeth harder and faster, don’t fear as the thrash still flows through Megadeth’s veins. There’s “Never Dead”, an ode to all things fast in “Fast Lane” and a cut from the Youthanasia era in “New World Order” that has been retooled with a good swift kick up the arse thrown in for good measure to get things moving along into gear. “Wrecker” comes across as a bit tongue in cheek and filler-esque lyrically, but musically it passes the grade especially with a dueling solo battle between Mustaine and Broderick. It’s not poetry, it is metal after all.

Thirteen is another solid release from Megadeth with plenty of hard rocking and heavy hitting tunes on offer to keep all fans happy. It’s not Rust In Peace and it’s definitely not trying not to be but Thirteen was created by the strongest lineup since those days and if this is what Megadeth is in 2011,  they should keep going until Mustaine says it’s time to hang up the flying V and put Vic Rattlehead out to pasture. Long live Megadeth.