A fantastic journey into another time and culture 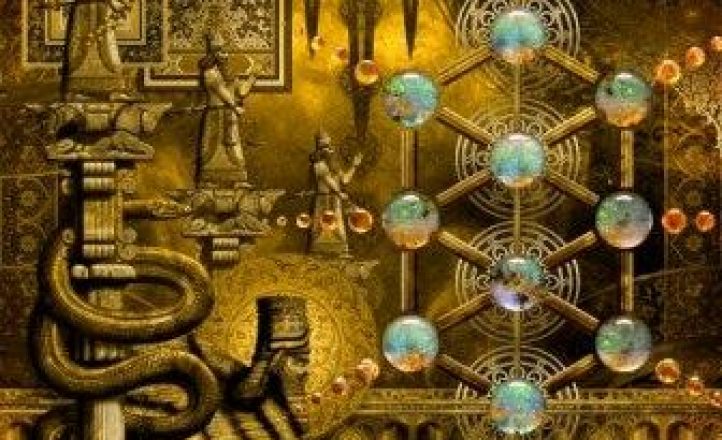 Formed in Israel by Melechesh Ashmedi in 1993, the eponymous group Melechesh have certainly paid their dues; after all creating an extreme metal band in one of the world’s most strictly religious countries probably is far from the easiest task.

While some may be quick to throw in Nile comparisons due to the strong Middle Eastern themes and sound, Melechesh certainly have their own more riff and groove orientated style down quite nicely. A richly textured album, The Epigenesis is layered with both walls of guitars and drums, but also at the same time tastefully peppered with native Middle Eastern instruments, and would be best experienced by digesting the record as a whole.

The Venom-esque main riff of opener “Ghouls of Nineveh” is slightly misleading, as the slower than expected drums behind it creates a spellbinding groove that lasts for the entire tune, with the occasional lead guitar burst by long time member Moloch adding some extra flavour. “Sacred Geometry” and “Mystics of the Pillar” are both lathered in exotic guitar passages and pulsating rhythms, while the more straight-ahead power of tunes “Defeating the Giants” and “Negative Theology” sound like kindred spirits of Goatwhore’s material, especially combined with Ashmedi’s black metal styled shrieks and howls.

“When Halos of Candles Collide” and “A Greater Chain of Being” are hypnotising instrumental pieces, featuring purely ancient instruments (such as the ever-present bouzouki), and the tracks serve as a slight atmospheric detour from the aggression of the rest of the album. The epic closing title track is an almost magical way of rounding off the album, as crushing riffs envelop the first half before a very lengthy, almost jam-session style bridge raises its head and carries the song to the finishing line.

While it certainly is a weighty tome — the album pushes past the 70 minute mark, and you have to be in the right mood to really inhale the whole thing — The Epigenesis is a fantastic journey into another time and culture via some of the best and most memorable extreme metal songs of 2010.