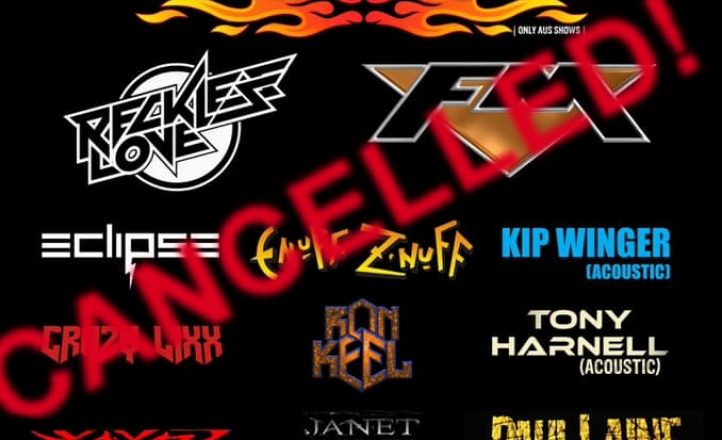 For those who had tickets to or were planning to make the trip to Melbourne for this weekend’s MelodicRock Fest Australia at the National Theatre, you probably shouldn’t bother.

The venue has pulled the plug on the event, which has become a debacle this week as act after act cancels their appearances, apparently due to contractual obligations not been met or adhered to by the promoter. By all accounts Crazy Lixx, Eclipse, Paul Laine and Firehouse all cancelled during the week and the National Theatre has since cancelled the event. Facebook posts in the last hour or so from the promoter have suggested a new venue will be found, but as this festival was supposed to be a three day event kicking off this coming Friday, that’s pretty unlikely. We feel for those who’ve lost small fortunes in ticketing, travel and accommodation, and put forward the suggestion, once again, that event promoters be properly registered/accredited to help protect against debacles like this. 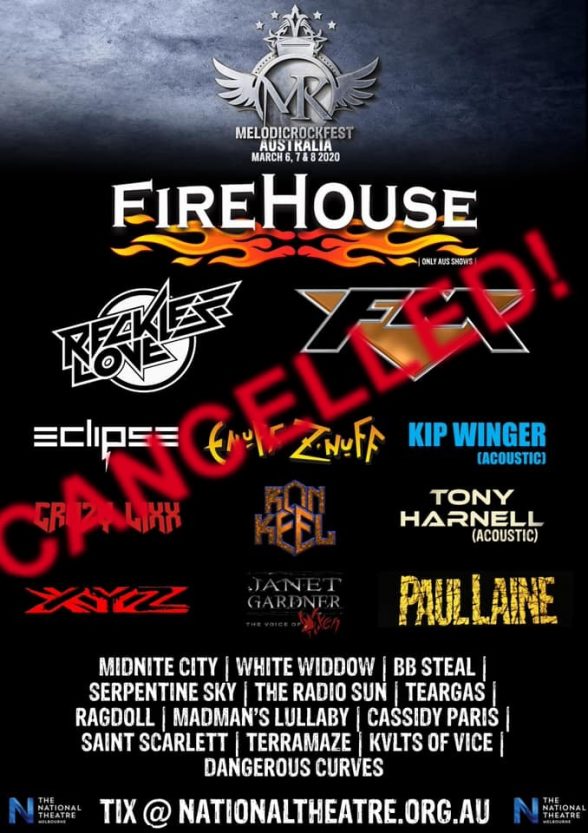