A finely crafted and measured album 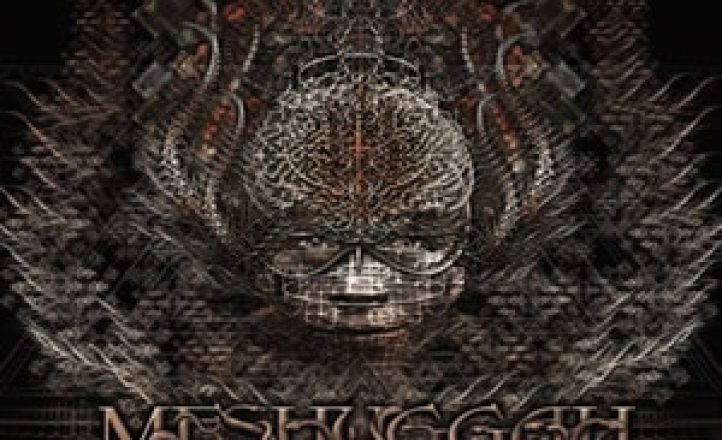 It has taken many years for me to ‘get’ Meshuggah, often finding their unique blend of technical and extreme metal repetitive and almost impenetrable at times. It’s only in recent months that I have re-discovered them and been enlightened to the point of addiction, burrowing through their back catalogue and mining for gold throughout. Re-defining and fine-tuning their signature sound with each release, Meshuggah (along with ISIS (RIP) and Gojira) are, in my mind, the most sonically heavy band on the planet right now, and Koloss successfully unites technicality, groove and brutality to command your attention. Yet this time the sound is warmer, richer and more organic than 2008’s Obzen.

‘I am Colossus’ is an apt title for the massive mid-paced opener, setting the tone for the whole album with its groove and almost tribal-like percussive quality. The addition of an eerie dissonant soundscape that coils its way through the album rears its head at around the three minute mark in place of what would conventionally be a solo. ‘The Demon’s Name is Surveillance’ increases the tempo somewhat with snaking riffs that seamlessly intertwine with Jens vocal attack.

‘Do Not Look Down’ encapsulates what this album is about, built around a massive groove-laden riff, that breaks into a killer solo at two minutes and then, a minute later, getting a little eerie and foreboding toward the outro. This song is a stand-out and sure to become a live staple. ‘Behind the Sun’ is a doomier offering that around the half-way mark becomes a tasteful and unique barrage of riff and drum-work that is as tight as anything I have ever heard, almost like they have merged into  one instrument. ‘The Hurt That Finds You First’ is a thrashier affair, with the crisp snare sound being of particular note ending on an eerie outro before ‘Marrow’ takes hold and welcomes you back to reality. I would love to see this neck-breaker translate live with its impressive Haake drumming display and a killer propulsive outro.

‘Break Those Bones Whose Sinews Gave it Motion’ is more familiar, being offered live recently at their Australian performances (of which I saw two) with its punishing riff and mid-tempo groove and an ghostly dissonance that sits right behind the riff. ‘Swarm’ opens like a horde of insects on a battle march and never lets up. There is some ear-catching, almost elastic-like escalating riffs throughout the song, which really made it a unique stand-out. ‘Demiurge’ is the last stop on heavy train with its pummeling barrage of riffs and percussion before the haunting almost Katatonia-like instrumental closer ‘The Last Vigil’ offers a release to what has gone before it.

Koloss is a finely crafted and measured album that delivers in spades, generous in its outstanding musicianship and rewarding with many layers to reveal on repeat listens. What I am most pleased about is the variation on the album with an ebb and flow in pace and each song having its own unique and memorable identity, which is what I feel their previous releases lack. Only after two complete listens it had burrowed in and taken hold of me like a craving.

1. I Am Colossus
2. The Demon’s Name is Surveillance
3. Don’t Look Down
4. Behind the Sun
5. The Hurt that Finds You First
6. Marrow
7. Break Those Bones Whose Sinews Gave it Motion
8. Swarm
9. Demiurge
10. The Last Vigil