Home > News > Metal from the Heart 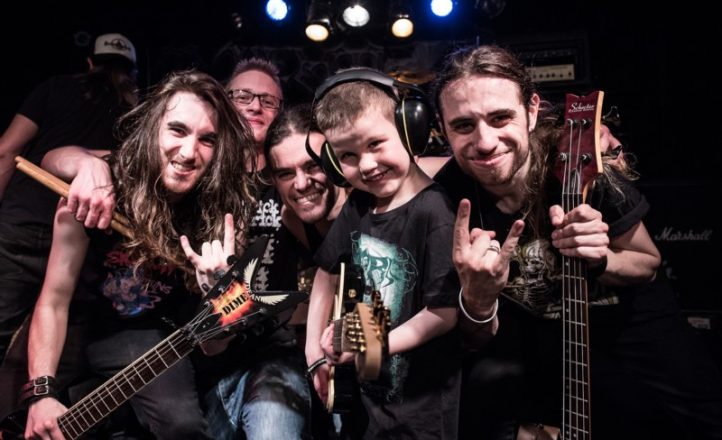 Eight year old Kai Goddard has had a difficult streak since he came into this world.

Born with a hole in his heart and his liver outside his body, he was given almost zero chance of survival. He underwent four surgeries before he was four months old; the fifth almost killed him. But the indomitable spirit of metal is evidently flowing through his veins – he was named after his dad’s two favourite axemen, Kai Hansen and Adrian Smith. Still, as he nears his ninth birthday, Kai still suffers from a range of health problems and is back and forth from hospital regularly.

Inspired by the metal community’s sense of brotherhood, Death Dealer and Night Legion guitarist Stu Marshall has stepped in to help Kai’s dad Mick raise funds for his ongoing care with a staunch all-Aussie metal compilation album. Featuring eleven tracks from LORD, Vanishing Point, Darker Half, Mason, Espionage, Silent Night, Hidden Intent, Temtris, Taberah, Night Legion and Hazmat, the Kingdom of Kai CD is available thru Big Cartel for $15, with all proceeds going to Kai’s family. Mick Goddard is one of Sydney’s busiest rock photographers and cut his teeth working with us here at Loud, so we urge everyone to check this out and sling some dough his way.