Perhaps the most heavy metal album released this year 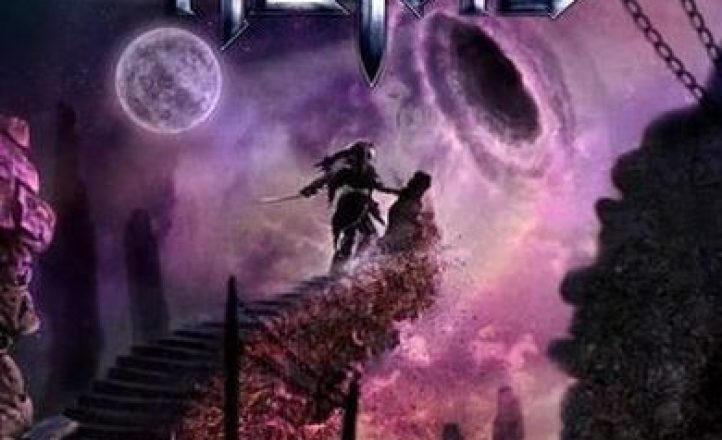 With a name like Metal, this band make no illusions as to what style of music they play, and on Proving Our Mettle they remind their audience of that over and over again.

After 55 minutes of it, even someone who has never heard this type of music before in their life would be left knowing exactly what Metal is about.

Simply put, Proving Our Mettle is perhaps the most heavy metal album released this, or possibly any other, year. It’s so metal, there’s even a song about the metal-making process itself, “The Smelting of Steel”, a track so dreadful it’s difficult to take seriously. Still, the rest of it isn’t as bad as that, boasting tunes about pirates, heavy metal and epic battles like any good pure metal album by a band called Metal should, evoking a sound reminiscent of a cross between the untainted immediacy of NWOBHM-era Raven and early Running Wild. The vocals are raw, wild, undeveloped shrieks and wails that border on terrible most of the time but somehow suit the band perfectly, although they do become wearisome after a while. Musically, Metal do themselves a lot of favours by staying close to a true metal style and not pandering too much to power metal, with a healthy diversity in regards to pacing and arrangement. What lets them down is the overall quality of the material. The album opens with some rousing anthems but is severely front-loaded; the aforementioned “The Smelting of Steel” is a stinker and “The Gry Lion” is over-long and shabbily-arranged and while the rest of the tracks are an improvement, they have nothing on the first five.

At close to an hour in duration, Proving Our Mettle is probably fifteen to twenty minutes too long and while it is a lot of fun it loses its way into the back half and never quite recovers, but anyone looking for nothing more than good old heavy metal will enjoy it.

1. Heavy Metal
2. Victory
3. Beneath the Banner of the Iron Duke
4. Battlefields Ablaze
5. The Buccaneer’s Revenge
6. The Smelting of Steel
7. The Gry Lion
8. Fighting for Metal
9. The Kiss of Steel
10. Proving Our Mettle
11. Trafalgar