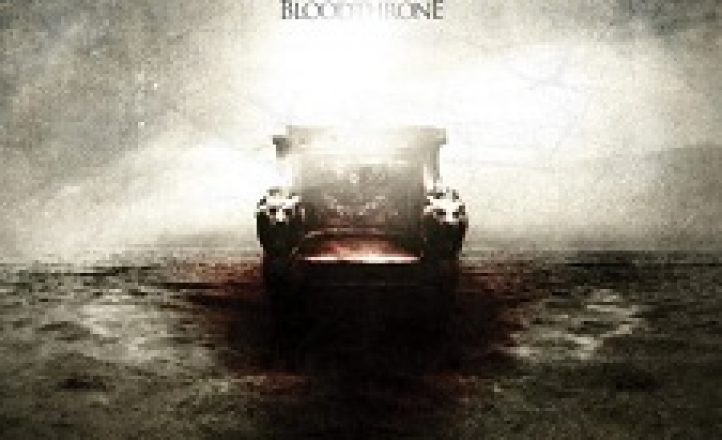 It’s too rare an experience to listen to a new release and hear something different, an album that surprises you amongst the copycats and often monotonous releases we review.

The fast growing French sensation Minushuman have created this experience with their sophomore record Bloodthone. It’s not surprising though, the French music scene has always shown bands embracing an original take on metal.

Although this is their second record, it’s the first time Minushuman has graced my ears. Their 2008 debut Watch the World Die appears to have been considered just a “so-so” album; Bloodthrone will definitely stand to tear down any thoughts of mediocrity people had about Minushuman. Not only have they thrown some groove in their thrash metal mix, but they have created an atmospheric and deep soundscape to go with it.  Influenced by Metallica, it is easy to hear James Hetfield et al in the arrangements and music style. Although the band has not mentioned Machine Head as an influence, the groove side of the record, definitely has that feel to it. Despite these similarities, Minushuman stand on their own two feet, unique and original.

“The Architect” opens the album with an immense sound that hits like a freight train. The growls and straightforward groove metal hooks in for one of the best music experiences of 2011. As the album goes on, the songs become more epic in style, as the thrash, groove and melodic nature of the songs evolve. “The Day We Died” is a stand out, maintaining a solid, heavy groove beat, chug- happy riffs and a slower tempo. “Forgotten Fields” highlights their skill at atmospherics, with a melodious intro riff that is maintained through the song over the screaming guitars and steady drums, along with vocals that are echoed and almost faded, creating a symphonic chorus to the sound. Rather than just blasting away with heavy guitars and hammering drums in every track, Minushuman have created a whole new level of aggression and kick to the music by adding groove and atmosphere. “Another All” is the fastest track on the album, giving it a heavy boot before coming to a close.

Minushuman have truly entered the world’s stage with Bloodthrone. There are tracks that are memorable and catchy and tracks that are heavy in all the right ways. Minushuman haven’t made an album that is just thrash, just groove or just atmosphere. Their combination of these elements have successfully put them one above the mundane world that much of current metal has become. Bloodthrone is definitely a recommended release of 2011.