Biggest bill ever for Radelaide metalfest 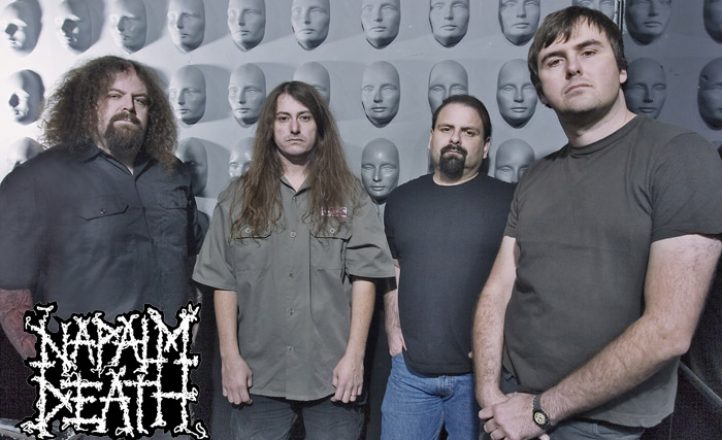 Adelaide’s premier metal festival enters its eighth year with its biggest line-up ever.

October 7 is the date New Dead VIII will smash apart Fowlers Live, headlined by none other than Napalm Death and their touring companions Lock Up and Brujeria. The rest of the bill features some of Australia’s finest including Abramelin, Truth Corroded, Orpheus Omega, In Malice’s Wake, Earth Rot, Darkc3ll, Alkira, Blunt Shovel, Black Rheno, Voros, Hybrid Nightmares and Hidden Intent. Tickets are on sale from June 27 thru Moshtix for $60. 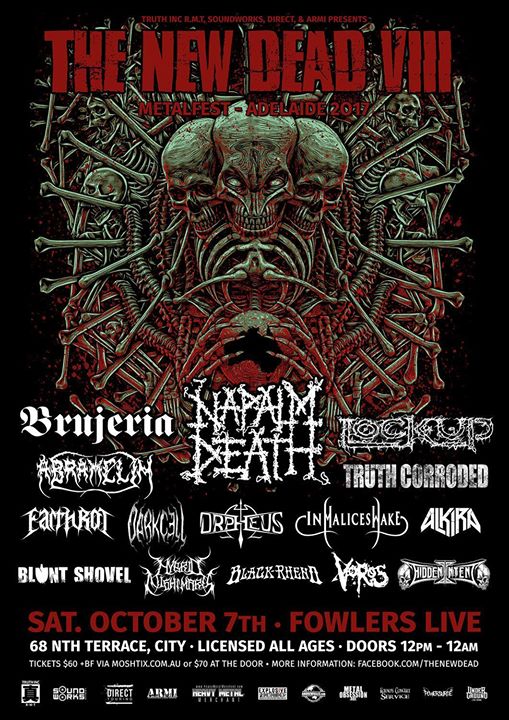