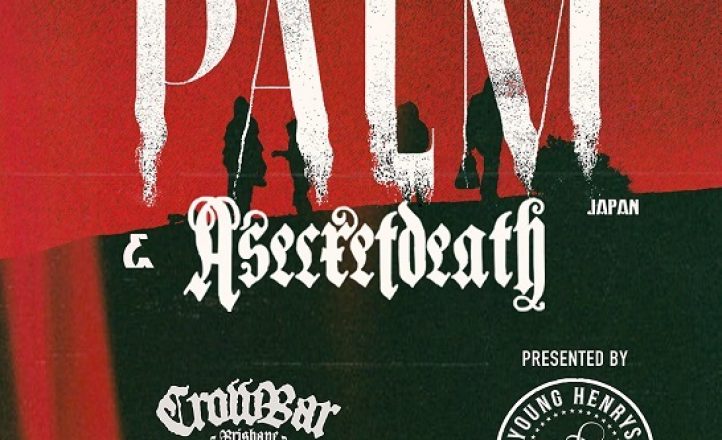 In 2013 Osaka-based hardcore band Palm and Brisbane’s A Secret Death embarked on an epic Australian tour that saw them visit every state and territory.

The tour was filmed for a 70-minute documentary directed by Wilson Bambrick and produced by Lochlan Watt for Monolith. This month the film is premiering at two special screenings at Brisbane’s Crowbar (April 22) and Nighthawks in Melbourne (April 26). Admission is free.