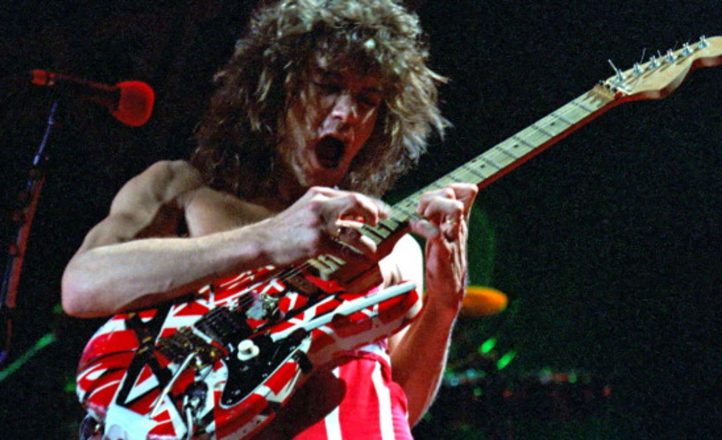 Eddie Van Halen is dead. The legendary guitarist lost his long battle with cancer at the age of 65.

Like Hendrix a decade before him, Van Halen changed the way rock guitar was played with his vibrant and exciting style that completely revolutionised the instrument. His band Van Halen’s first album was a smash hit for the band in the US, setting up a spectacular career that led to them becoming one of the most successful bands of their generation, all before 1983.

Van Halen’s cameo on Michael Jackson’s monster hit Beat It widened the audience for his wild but expressive style and the band’s next album, 1984, was a worldwide smash. It was first of Van Halen’s albums to extensively feature Eddie’s keyboard playing: he was a classically-trained pianist before taking up the drums for a while until he and brother Alex switched instruments. While the band’s career see-sawed into the 90s, as line-ups changed and fortunes shifted, Eddie also suffered from the health impacts of his high energy rockstar lifestyle. He underwent hip replacement surgery in 1999 and was diagnosed with tongue cancer the following year. After six years of battling throat cancer, he died in the company of his son Wolf and brother Alex on October 6.