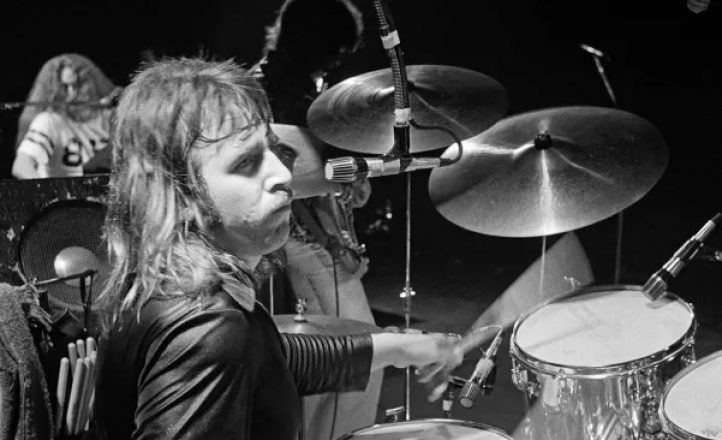 Kerslake retired from performing due to ill health in 2007 and was diagnosed with prostate cancer in 2014. Kerslake’s drumming appeared on close to 50 albums, including at least 27 by Uriah Heep.

His first professional band was The Gods, which also featured Ken Hensley and Greg Lake at the time with whom he recorded two albums. In 1972, after stints in various bands, he rekindled his partnership with Hensley in Uriah Heep, remaining with the band for six years and nine albums.

Following a chance meeting with Ozzy Osbourne, Kerslake joined the ex-Black Sabbath vocalist’s band and recorded Blizzard of Ozz and Diary of a Madman. His contributions to the second album were never adequately credited and his parts were completely erased on the album’s 2002 reissue and replaced by drumming by Mike Bordin – although this was rectified on the 2011 re-issue. For much of the last part of his life, Kerslake actively pursued financial reimbursement from Ozzy for his work on those albums. After being fired from Ozzy’s band, Kerslake rejoined Uriah Heep in 1982 and remained as their drummer until 2007. 2004’s Living Loud project with Bob Daisley, Jimmy Barnes and Steve Morse was an album of songs he and Daisley had written for Ozzy.