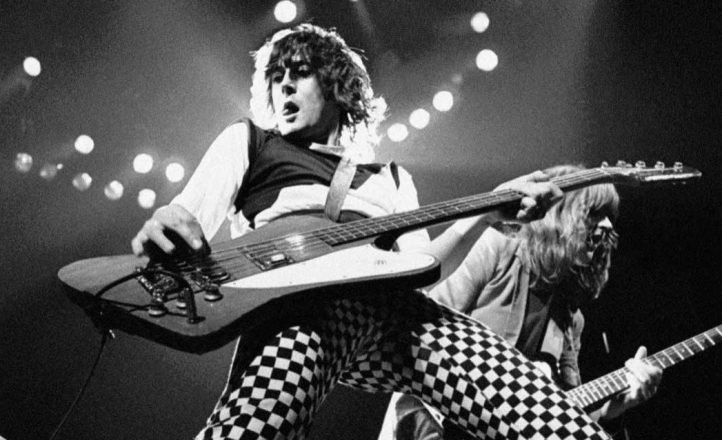 The hell-raising bass player, who inspired a legion of fellow musicians including Steve Harris and Nikki Sixx, succumbed to injuries sustained in an accident two months ago. He passed away on August 14.

A founding member of UFO, which he formed with Phil Mogg, Mick Bolton and Andy Parker in 1968, he became a legend for his wild lifestyle, touring and recording with the band until 1982. That year he formed Waysted with UFO alumnus Paul Raymond and original Def Leppard drummer Frank Noon and led that band through a myriad of line-ups over two distinct periods, 1982 – 87 and from 2003. Way formed Fastway with Motörhead’s “Fast” Eddie Clark in 1983 but contractual obligations meant he couldn’t record with the band so he left to tour as Ozzy’s bassist. He rejoined UFO in 1992 and remained until 2008.

Way is the third member of the band as it existed on 1980’s No Place to Run to die recently, after Paul Chapman earlier this year, and Paul Raymond in 2019.