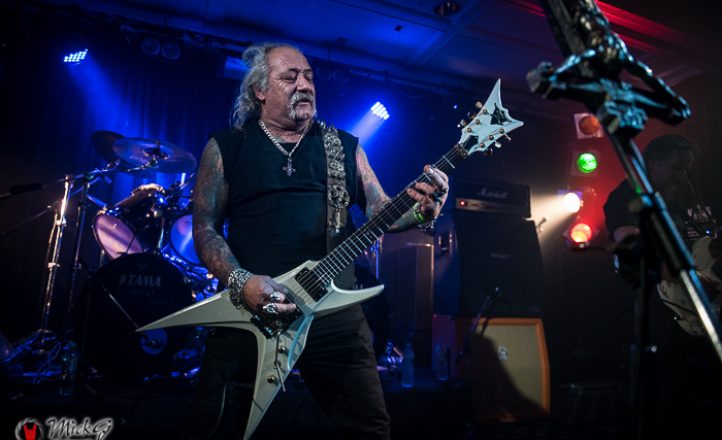 The Melbourne musician passed away today (October 21) at the age of 58. He had been battling ill-health for some time, and had been forced to cancel his band’s farewell tour at the end of 2018.

Hobbs was instrumental in the development of the Australian thrash metal scene, first as a member of Melbourne’s Tyrus in 1984. By 1986, he had become the band’s primary songwriter and decided to go it alone, recording his demo Angel of Death in 1987. Adopting the name Hobbs Angel of Death, a full-length album was released on German label Steamhammer in early 1988 and the band, featuring Darren McMaster-Smith from New Religion, Mark Woolley of Nothing Sacred and Mass Confusion’s Phil Gresik, played a few live shows but Hobbs didn’t release any further material until 1995’s Inheritance, after which he retired from the music scene.

Hobbs returned in 2002 and kept his band steadily active for the next 16 years with a revolving line-up of local and international musicians. Hobbs Angel of Death released one final album, Heaven Bled, in 2016.

He will be remembered not only as a major pioneer of the Australian extreme metal scene, but as a figure who enabled and supported other local metal acts.