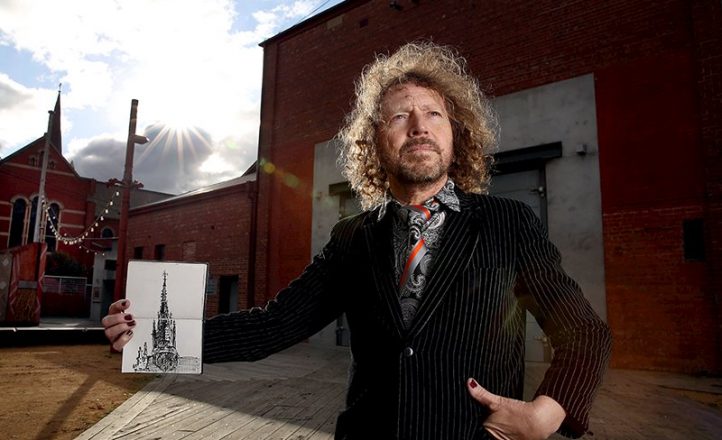 One of Australia’s most influential musicians has announced a new book, art show and 7″ vinyl release.

Kim Salmon is often referred to as one of the originators of grunge and while he’s long been reluctant to accept the epithet, his biography Nine Parts Water One Part Sand: Kim Salmon and the Formula for Grunge sees him at least acknowledging the title, even if it is just to annoy people. The book is being launched in St Kilda on November 9, along with his band The Surrealists playing their first show in a while. Salmon is also releasing two 7″ vinyls – the first is “Let’s All Get Destroyed”/”Unadulterated” and the second is “The Poison Pen” with the Scientists doing “Dissonance” on the flip. Both are available from Kim’s Bandcamp page.

If that wasn’t enough, he’s also holding an art exhibition from November 26 at Mario’s Cafe in Fitzroy.