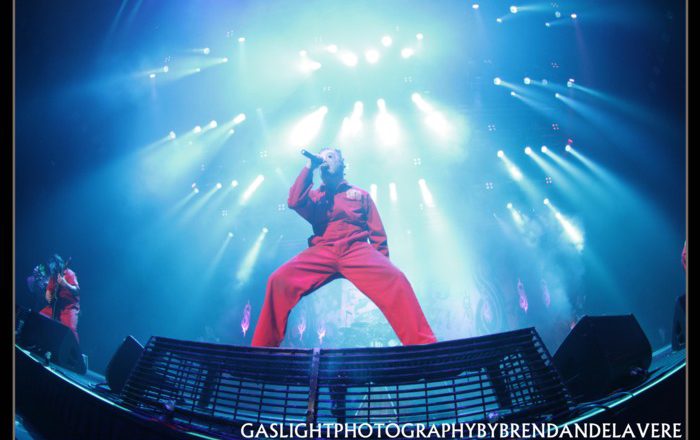 Metal juggernauts Slipknot are returning to Australia for an east coast tour.

The Iowan nonet, still touring on the massive success of fifth album .5: The Gray Chapter, will be doing three arena shows in October, which is looking to be a very busy month for tours yet again. The announcement was made at the same time as details of the unification of the group’s Knotfest and Ozzy Osbourne’s Ozzfest were released, creating a massive two-day festival in September headed up by Slipknot and Black Sabbath and also including Disturbed, Slayer, Trivium, Anthrax, Megadeth and others.

Tickets for Slipknot’s Aussie tour on go sale 11am Monday May 23 from LiveNation.com.au.