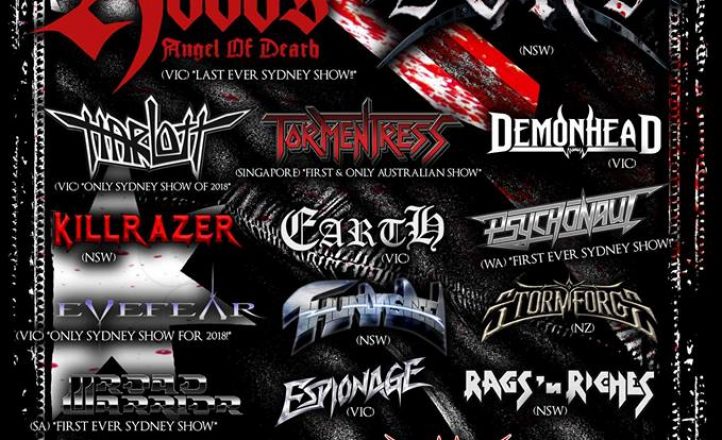 Due to ongoing health issues, Peter Hobbs has decided to pull the pin on Hobbs Angel of Death ahead of what was to be their final tour. The band will cease touring immediately, putting a damper on the festival which was to feature the group’s final Australian performance and the first night headline attraction. News about a replacement act will be released as soon as possible.

Peter Hobbs is one of the most important pioneers of the Australian metal scene and LOUD wishes him the best of health and a speedy recovery.