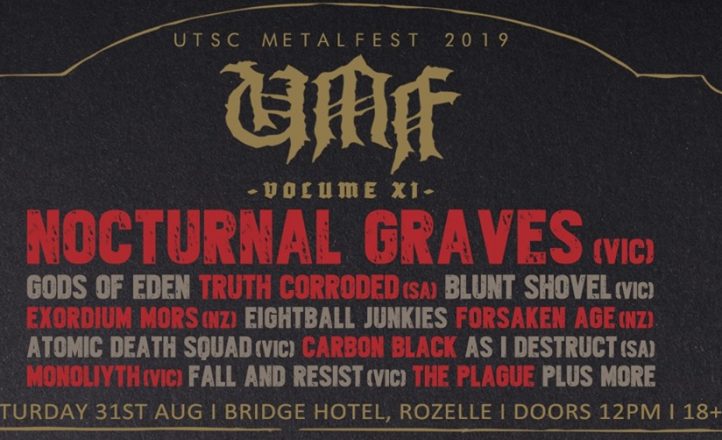 The celebration of Antipodean metal that is Under the Southern Cross is happening in two instalments this year.

Melbourne’s Bendigo Hotel hosts the first leg on August 30 with Nocturnal Graves, KING and Remains appearing alongside Kiwi visitors Exordium Mors and Forsaken Age. The Bridge in Sydney then takes the mantle for the festival’s main event, featuring 15 bands from across the heavy metal sphere: Nocturnal Graves, Truth Corroded, Gods of Eden, Blunt Shovel, Exordium Mors, Eightball Junkies, Forsaken Age, Atomic Death Squad, Carbon Black, As I Destruct, Monoliyth, Fall and Resist, Graveir,  Wraith and The Plague are all locked in. As I Destruct and Atomic Death Squad will also be heading across the Tasman to take UTSC to Wellington, Auckland and Christchurch.