Home > News > The Wonder Years: Sounds of the Suburbs 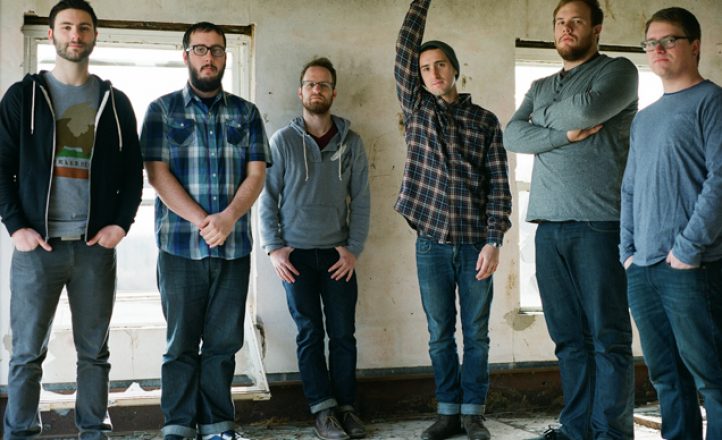 Fred Savage’s favourite pop/punk band, Pennsylvania’s The Wonder Years are on their way back to Australia as part of the completely sold out Soundwave Festival. Loud had a brief conversation with vocalist Dan “Soupy” Campbell about the progress of their next album, touring with Parkway Drive and his hopes of meeting a pro-wrestling idol at Soundwave.

Q: You were last here with Parkway Drive playing large venues, and now you’re returning as part of the enormous Soundwave bill. That really must help build a following here.
A: Yeah, that was a really cool thing to be able to do that last time, to play in front of these massive audiences. Unfortunately a lot of my memories of that tour are of me being really sick, having to take medicine and go to bed early. That’s why it’s so great to come back. The other thing was, the tour was originally slated to be two metalcore bands and two pop/punk bands. The other pop/punk band dropped off and was replaced by a third metalcore band, so we were really the odd men out. We sound literally nothing like Parkway Drive; you’d be hard-pressed to draw any comparisons. And so there was only a portion of that fan base that just fucking hated us, just did not want to see us on that stage in any way, shape or form. But then there was definitely a portion of that fan base that came up to us after the shows and said like, ‘hey, I usually listen to metal, but I actually really enjoyed what you did tonight’. So that was cool.

Q: Do you feel the band thrives when faced with that kind of challenge though, where you have to try and prove yourselves to an audience which initially may be resistant to what you do?
A: Yeah, it’s definitely an interesting mountain to climb. For us, it was kind of odds stacked against us too, because like I said, we were going in front of these massive audiences, but we were doing it without me being able to sing half of our set because I was so sick. So not only were we playing for an audience that wasn’t expecting a band to sound like us, but we were doing it at not our best. So it was definitely a huge uphill battle for us. But I think in the end we grew stronger from having done it.

Q: Good to hear. What are your expectations of Soundwave then?
A: That I’m really excited about, because a large, large portion of our Australian fan base was unwilling to come to the Parkway shows. I think they’re way more receptive to coming to see us at Soundwave. So I’m excited to get to play there for the people we have been unable to perform in front of for too long. The tour we did in 2010 was a headline run and we got to play for our fans. It was an incredibly positive experience; I really was so happy that we had as many fans in Australia as we did, because we were unaware of that before coming there. So for us to get to come back and hopefully play for them again, and play some songs they haven’t heard before, it’s an exciting thing.

Q: Hopefully you’ll be healthy this time around and won’t have to go to bed quite so early (laughs).
A: Well, I’ll probably still go to bed early because, no matter what… The thing with touring Australia, for me especially is that it’s such a long flight over there, and I get very dry on flights. That does pretty significant damage to your vocal chords, because you just want to keep them as hydrated as possible. So any tour internationally is going to do some damage to your voice, but I think we’re more prepared for it this time. The headline tour we’d flown over and we had a couple of days to recover from the flight, whereas with Parkway we flew over and just went right into it. But I’m excited for the whole experience though; there’s a lot of bands I’m excited to watch and there’s a lot of bands that we’re very good friends with that are part of the festival.

Q: Which acts are you keen to catch at the festival shows then?
A: I’m very excited for blink-182; I haven’t seen them for about 12 years. I’m super excited to see Motion City Soundtrack, The Lawrence Arms, Fucked Up, Lucero and then all of our friends; Polar Bear Club, The Early November, Such Gold, Living With Lions, All Time Low. It’s gonna be a lot of fun.

Q: Many of those acts play a similar style of music to The Wonder Years. Obviously pop/punk had its commercial peak some time ago, but do you still feel that it’s a vibrant, vital genre?
A: I mean, I can tell you that every show we play feels bigger than the show before it. I can tell you that we, along with another ten to 20 bands that we’re very close with have cultivated a community around the genre. I can tell you that I feel there is a very large contingent of music fans that are excited to be a part of this community, and are excited about the genre again. I feel like we had a piece of re-energising it and I think there’s a lot of other bands who deserve a lot of credit for that as well. Some of the other bands that are on the team, as I would put it, like Fireworks, Man Overboard, The Story So Far, Transit, Polar Bear Club, A Loss for Words, there’s a tonne of them. Then even some of the guys that have been doing it for a long time, or a little longer; Set Your Goals, Four Year Strong. Then (bands) even longer into it, like Yellowcard and New Found Glory, who are still at it, still killing it, still selling out shows every night, and are helping to bring this new crop of bands up with them. Will it ever be as big as it was when Enema of the State came out? Maybe not. Is it vibrant, explosive and exciting right now? Absolutely.

Q: It’s no longer a dirty term, so to speak.
A: I never thought it was a dirty word, a dirty term, but then I never found any genre to necessarily be a dirty word. It’s just a word, and people can call us whatever they want. They want to call us an emo band, we’re an emo band. They want to call us a jazz band; I’ll be a jazz band. I don’t really care; we’re just here to play, you know?

Q: Good to hear. Changing topics, are the band working on any new material at the moment?
A: Yeah, we are actually almost done writing; we wrote a new record over the past few months. We’re gonna record it in January, and it should be coming out in the late spring. I don’t want to speak too much to it yet, because while I am super confident that these songs will, that we’ve written the best… I’m super confident that we’ve written the best songs we’ve ever written. But anything can change in the studio and you know, things may shift, so I don’t want to tell you about how it sounds and then have it not sound that way when it’s actually all done. But I will tell you that I have never been prouder of Wonder Years material. I think that it grows in all the right ways and it remains true to who we are in all the right ways.

Q: Will you be road-testing any new material in Australia?
A: No, I actually mentioned this in another interview. As a fan going to concerts as a youth, I remember being very let down when a band would take some of their precious, short set time to play a song that I didn’t know. I wanted the song that I had been excited about for months, not some song I hadn’t heard before and wouldn’t hear again for another six to eight months when the record was out. So I think for me, especially because we haven’t got to tour Australia on our latest record Suburbia I’ve Given You All and Now I’m Nothing, it’s important that we play those songs. We measure our set time very acutely, and we fit in as many of the songs the fans want to hear as possible.

Q: Any famous last words?
A: Yes, just excited to come back, it’s been far, far too long since we’ve been in Australia. And if for some reason the guys in the band Fozzy are reading this, I really would like a picture of your singer (pro-wrestler Chris Jericho) putting me in the (finishing move) The Walls of Jericho. I’m a big wrestling fan. That would be my Facebook (profile) photo from now until eternity. I’m actually really excited to see them play; seeing him out of the element of a wrestling ring and on a stage is going to be an exciting thing for me. I’m a huge wrestling guy; if I wasn’t talking to you right now I’d be watching Monday Night Raw (laughs).